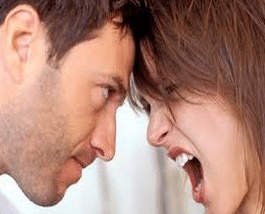 Wills, also known as a living trust, are the instructions that a person leaves behind when he dies which will detail how his estate will be distributed and disposed of. This includes his money, deeds, stocks, and holdings, among others. The deceased must also appoint a person who will distribute said possessions called the executor of the estate.

While it seems straightforward, there may be issues present along the way. For instance, the validity of wills and trusts may be put into question. It may be the case that the person who has passed was unduly influenced to write out a person from his will. This person may then proceed to file a case to invalidate the will, called a will contest.

Here at Utah Child Custody, our Utah estate planning attorneys are committed to giving service with integrity in protecting what is rightfully yours. If you believe that your right to inherit your loved one’s inheritance is being breached, contact us at 801-823-4373. We specialize in Utah family law, including probate, estate planning, fiduciary law, and intestacy law.

When a person has passed, his personal property is to be distributed to his living trusts according to what is stipulated in his last will and testament, if he has left one. Before the decedent’s estate is to be given out to the beneficiaries, however, the will must undergo the probate process wherein the validity and authenticity of the will is to be studied.

Formal probates cannot be challenged when they have been closed whereas informal probates can be challenged up to three months after the decedent has passed and the will probated. In both cases, it is better to file a petition as soon as possible, this increases your odds of successfully filing a case and claiming what is rightfully yours.

If you think you have been unfairly written out of a loved one’s will, you may file a will contest. Consult with our Orem estate planning attorneys to know how you can file a will contest and under what grounds, to better protect what is rightfully yours.

It’s at this stage that the estate is used to pay for the probate fees, funeral expenses. This is also when debts are settled with their respective creditors.

After probate has been closed, the executor of the deceased person will then proceed to distribute the estate to the trusts according to the estate plan. The executor is appointed as the testator’s personal representative and can be anyone 18 years old and above, including a surviving spouse or an heir.

Who can make a will?

A person is qualified to be a testator, or in other words, to make a will, if he is 18 years of age, and of sound mental capacity. This entails the person being able to identify his closest living relatives, identify what he owns, and understand what he is doing in the process of estate-planning.

This means that even if a person is suffering from Alzheimer’s, dementia, or any other mental illness, as long as they have the capacity to identify relatives and assign a beneficiary to the properties they own, they are legally able to be testators. Also, juveniles who serve in the military or minors who are married are also legally able to make a will.

When can a will be contested?

There are four main grounds for which a will can be contested. Do take note that these are not clear-cut and may have overlapped. In such cases, one ground may be easier to prove than another. It is best to consult with a probate attorney to determine the best course of action. Talk to one of our Utah will planning attorneys today.

A person is said to lack testamentary capacity if he doesn’t know the extent and value of his property, who his beneficiaries could be, and how he will be distributing the properties, and by what means. The person’s testamentary disposition may or may not be induced by mental illnesses or senility. But again reduced mental dispositions alone are not reasons enough for a will to be invalidated. They must have had an effect on the ability of the testator to create a sound estate plan before it can be considered as grounds.

Undue influence means that a person was forced into forming the will the way it is. This does not include superficial threats, verbal abuse, or light nagging. The testator must be proven to have been put under extreme pressure such that his free will was subverted by the perpetrators. This mainly happens when a testator changes his will despite it being against his wishes. But what if a person merely influences a testator to change his mind on what he wants to happen? In this way, the perpetrator doesn’t directly force a testator to change his will, but he has changed the mind of the testator which may subsequently influence his will.

As seen in cases like these, this ground for invalidating a will is actually quite hard to support, so it is often best to see whether other grounds are also applicable first before choosing to go this route. Talk to an estate planning attorney in Utah to see if the undue influence is your best grounds for a will contest.

The laws governing the signing of last will and testaments vary by state, and each state has a very specific procedure on how these documents are to be signed. For instance, some states require that a certain number of witnesses must be present to see the moment the testator signs the documents.

These policies might be very specific such that it must be proven that the witnesses must have been watching the signing itself, not just present in the same room. These specificities are most often the reasons why wills are invalidated.

Utah Child Custody is a Utah-based estate planning firm, thus, we are knowledgeable of the state laws that govern the process of making a will that is specific to the state. This makes us fully equipped to better protect the inheritances and heirs of those living in Utah.

Fraudulent wills are those that are unintentionally signed by testators due to trickery. Such as in cases where they were told that a document is one thing when it turns out to be something else completely.

This is similarly difficult to prove in that you cannot interrogate the testator anymore since they will have been deceased, so this is when witnesses are brought in again for questioning.

The laws governing probate and will contests are often tricky. While you can definitely go through the process yourself, it is definitely better to have an expert on your case because more often than not, the grounds for which a will can be contested are overlapping, and some grounds are better presented in one way than another. If you have questions, our Orem probate attorneys can help. Call our family law and estate planning Utah firm today to schedule an appointment with us.

Procedures to Contest a Will

To contest a will, you will have to file a special pleading in the probate court to object to a petition for probate. This will result in the executor and all the surviving heirs being summoned for a proceeding. There is no right to a jury trial, instead, the trier of the fact will be the court. The contestor carries the burden of proof. Like in other court cases, the witnesses will be called in and cross-examined.

In many other states, the quality of the pleading may itself be up for debate- a contestant may try to avoid labeling the pleading as a “will contest” to invalidate a no-contest clause that may have been written in the will. These clauses state that anyone who tries to contest the will receives nothing of the estate. This is done to discourage anyone from contesting the will in the first place.

However, Utah state law says that no-contest clauses are unenforceable unless it is against individuals who contest the will with no probable cause, such as in the case of frivolous contests where the contestant is simply contesting in the hope of getting more of the estate.

If the contest is successful, the will is deemed invalid, and the last will before the one just discarded will be used, if the decedent remains testate. In the case of intestacy, wherein no previous will was formalized, intestacy laws on succession and distribution of inheritance will apply. So on top of the laws that have already been previously discussed, you might have to familiarize yourself with intestate succession as well.

Here at Utah Child Custody, we witness how messy contesting a will can get. The policies surrounding wills and probate can get laborious, and we would like to take the burden from you who is already going through so much. Contact our Orem will attorneys or talk to one of our probate lawyers today.