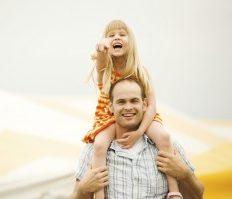 Child custody determination is one of the most difficult processes divorcing parents have to go through. Deciding who gets custody of a child is a big decision to make, especially because it will greatly impact the development and future of your child.

The Uniform Child Custody Jurisdiction and Enforcement Act (UCCJEA) was adopted by Utah in 2011 to determine which state has proper jurisdiction over the custody of a child. In settling custody disputes, Utah family courts resolve matters based on the best interests of the child.

While it does happen, it’s not necessarily true that mothers will automatically get custody of a child. Utah family courts decide who gets custody based on the child’s best interest. Most of the time, divorcing couples agree to give the mother custody of the child since they have more time, a better of the child’s needs, or are more tenacious in getting custody. However, if both parents are on equal footing with regards to their abilities to meet their parental responsibilities, then it is just as likely for the father to be awarded physical custody.

It’s important to understand that custody battles don't necessarily mean only one parent will get custody of the child. Divorced parents can have joint custody of their children. In a joint physical custody, your children will buy klonopin on line live alternately with you and the other parent for a substantial amount of time. A joint legal custody means that both parents have an equal share in making educational, medical, religious, and other major decisions in the children’s life. It’s also possible to have joint physical and legal custody.

Additionally, child custody cases aren’t limited to choosing with whom the child will live with and deciding arrangements for child support. It also covers matters of legal custody - that is, who gets a say in making major decisions in the child’s life. Divorcing couples may choose to have joint custody, and having a reliable divorce attorney will help them determine which arrangement is in the child’s best interest.

In circumstances where the child’s safety and well-being may be put at risk, Utah courts may still grant supervised visitations. These visits take place in a designated time and location, and will continue in this manner until a judge believes that the noncustodial parent is able to care for the child.

In shared custody arrangements, a parenting plan may be put in place. This document details residential provisions, visitation schedules, shared rights and responsibilities, and other stipulations about the logistics of carrying out the arrangement and measures for resolving disputes.

When it comes to planning visitation schedules, it may be difficult to determine what is considered a reasonable and fair amount of visitation time. How much time a noncustodial parent can spend with their child isn’t dictated by a custody order, but is something agreed upon by both parents. Make sure to create a detailed parenting plan that includes times, dates, and frequency of visitation to avoid disputes over missed visits and inconveniences.

Have any questions or concerns about child custody and visitation? Leave a comment or ask us a question, and we’ll address your question or concern.