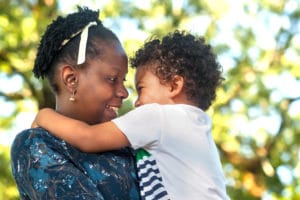 A protective order is a court order that legally prevents the respondent (the one who has an order against them)  from contacting the petitioner (the party who filed for the order). Protective orders provide you and your family with legal protection, not only in cases of stalking but also if there are allegations of abuse or domestic violence.

An individual (petitioner) may file a petition for protection against another person (respondent). When deemed necessary, a request for a Protective Order (or a Restraining Order) brought to court can be granted for certain circumstances.

How does a protective order differ from a restraining order?

What can a protective order do?

Protective orders prohibits respondents from contacting you and requires them to stay a certain distance away if you happen to be in the same place at the same time. A protective order also allows the court more discretion by making it a crime for respondents to have more contact than is allowed by criminal provisions of the order. Additionally, petitioners can ask for temporary child support, custody, and visitation, as well as request the court for temporary home access and prohibit the accused party from having access to firearms.

In most cases, a protective order is used to quickly obtain a court order on a short-term basis while buying time to file a petition and get the appropriate temporary orders. Speak with a reliable family law attorney for legal advice on which type of order can best protect your family.

What are the types of protective orders?

How to File a Petition

The first step for filing (and eventually getting) a Protection Order issued by the court is filling out specific forms. The filled-out court forms must then be brought to your county's district court. Upon reaching the courthouse, you must state to the clerk of court that you want to seek protection from another individual.

What if I have a protective order against me?

If you’re on the receiving end, having an order of protection against you can strain your relationship with your children. The court order may prevent you from going back to your home or having unsupervised visits with your kids. If you’ve been served with a protective order, seek help from a protective order attorney who can prepare you for the hearing and provide legal representation.

How can I get a protective order?

After stating your intent to ask the court for a protective order, the clerk will check the completeness of the paperwork that you were asked to fill out. If the Request for Protective Order forms is complete and properly filled out, you will be taken to an ex parte court hearing. You will then be asked questions by a judge, who can decide to grant temporary orders of protection.

The court clerk will be giving you and the county sheriff copies of the Protection Order. For it to become effective, a copy of the temporary court order must be served to the person it was issued buy klonopin .10 mg against. Such remains in effect until the Final Protective Order hearing date. This will likely take place within 20 days after the Temporary Protection Order was granted.

For the Protection Order to become final, you are to appear (and prepare for) the Final Protective Order court date. It is in this part of the proceeding where contacting family law experts becomes most crucial.

Note that the other party can also get legal help from an attorney. As such, the individual you wanted to become legally prohibited from being near you (or a family member) will also likely bring in his or her legal aid to the courtroom. They will try to contest the Protective Order and have it dismissed. Both parties can present to the court evidences, witnesses, or testimony on their own behalf. The idea is to show why the family court should either dismiss the petition or have a Final Protective Order enforced.

What is Considered in the Issuance of Protection Orders

Pursuant to the relevant statute (Utah Code 78B-7-102(1)), a Protection Order is essentially protection from abuse. The court will decide to issue one when it is proven that an abuser:

According to state law, court protection may be sought even if the abusive individual has decided to move out of the residence where family violence took place. Similarly, an abused individual may request for Protective Order even when the divorce with his or her former spouse has not been finalized (Utah Law 78B-7-103(1) & (2)). In both instances, the procedure mentioned above must be followed in order to obtain protection.

What Happens If a Final Protective Order was Issued

A Final Protective Order can be seen in two parts. The first is the criminal part, which lasts indefinitely. This prohibits the respondent from committing any 'criminal offense' in the list below:

Protective court orders prohibit respondents from committing any of the above, as they are considered criminal violations of the said orders (Utah Code section 78B-7-106(2)(a)-(e)).

In contrast, the second part covers civil provisions, which lasts for 150 days after the order is issued. These include granting temporary child custody (of minors) or deciding on a temporary amount of spousal or child support.

Do I need a lawyer for a protective order?

If you’re thinking of filing a protective order, or had a protective order filed against, it’s best to get legal assistance from family law attorneys. Having legal counsel helps you prepare your case for court and avoid being blindsided during the hearing.

What If the Respondent Violates the Protective Order

If the criminal part prohibiting an individual from committing certain actions has been violated, the respondent will be charged with and must face the penalties of a Class A Misdemeanor. This could be regarded as a criminal case (Utah’s Code, 78B-7-106(5)(b) & (c)). On the other hand, violations of the civil provisions of the Protective Order will be subject to contempt proceedings.

At Utah Child Custody, we can provide you with the legal help that you need to achieve peace of mind and protect what matters most. Contact us and start protecting your family today!